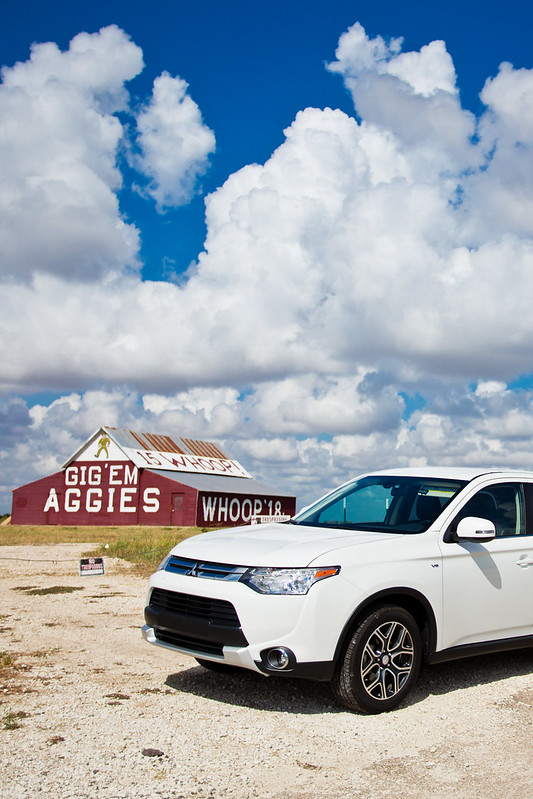 When we hosted our group tailgate earlier this month, we had to haul a ton of supplies down to College Station. I’m talking lay-down-all-the-seats-to-fit-two-coolers-and-a-ton-of-food amount of stuff. Luckily, I had the chance to test drive the 2015 Mitsubishi Outlander GT that weekend, so we had plenty of room.

And when I say plenty of room, I mean PLENTY. The 2015 Mitsubishi Outlander seats seven with a third-row seat, so it’s the perfect vehicle for a family. As the mom of an only child, I never thought about needing more room than enough for five. But when you start taking friends places, those five seats fill up fast. It was so nice to have the extra space. 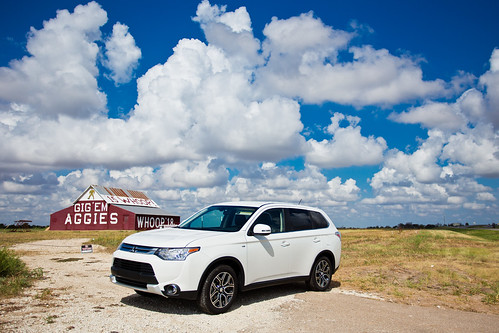 You might think with a third row that the Mitsubishi Outlander would be too long to handle. But it’s not! It felt like I was driving a car — easy to maneuver and handle. 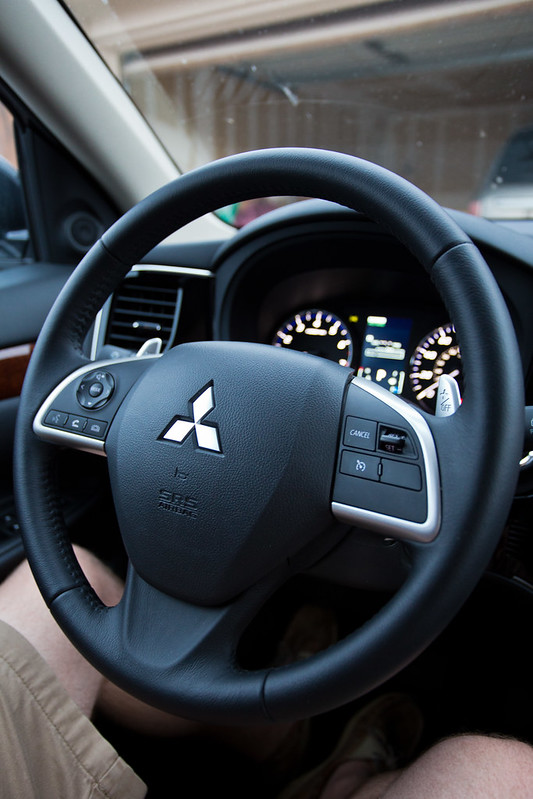 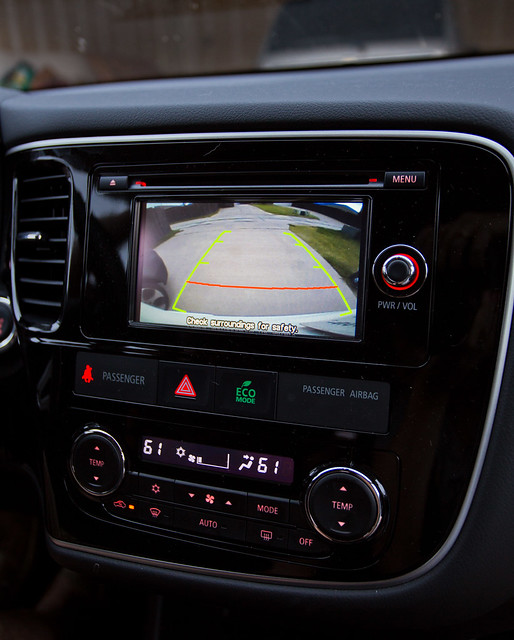 One of my favorite features was the rearview camera — I don’t have one in my current vehicle, and it was great to have that peace of mind. 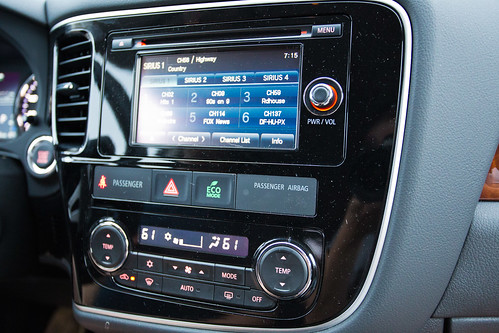 The Outlander also features a push button start, so you just have to have the key in the car with you. It was nice to be able to drop it in my purse and not have to worry about getting it out to start the car.

There’s also an Eco Mode that helps to save gas while you drive — we were able to get great gas mileage on our trip to College Station. The Mitsubishi Outlander GT gets 20 mpg in the city and 28 mpg on the highway. 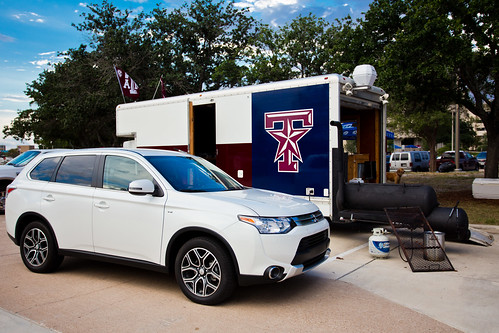 Being able to pull in fast and quickly unload was really helpful at the tailgate. We unloaded our supplies into the trailer and then went to park somewhere else on site. Of course, I had to get a pic of the Outlander with our Aggie Wagon Trailer. 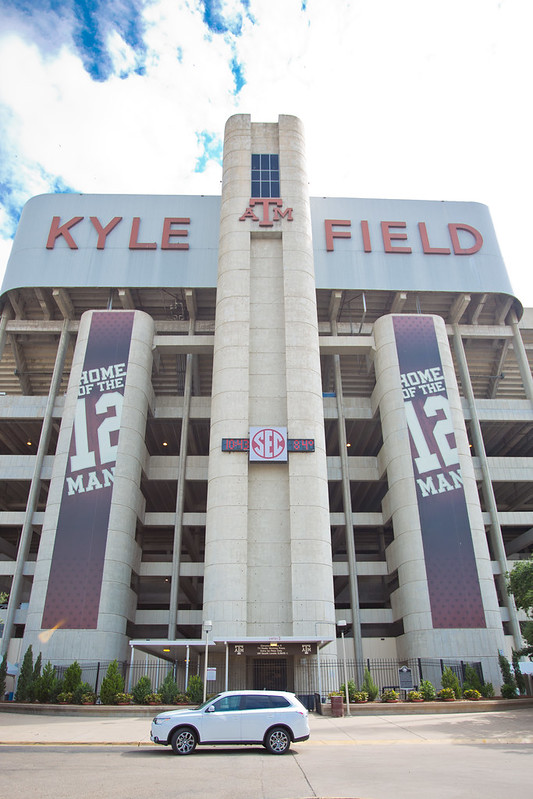 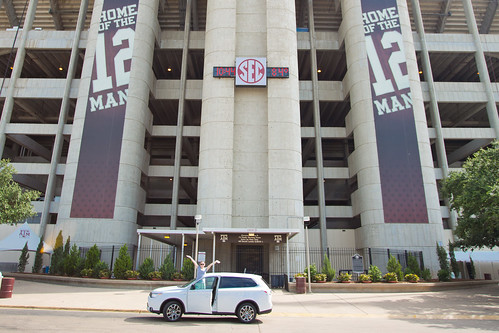 We also had to drive around the newly renovated Kyle Field — it looks so nice! I can’t wait to see the changes they make after this year!

What do you look for in a family vehicle?