Disclosure: The featured product was provided free of charge in order to facilitate this review. All opinions are my own. 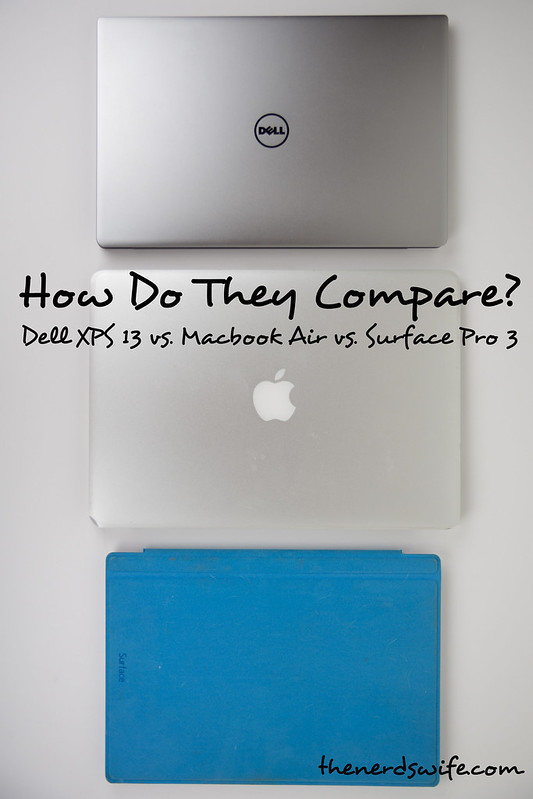 I’ve been using the Dell XPS 13 for more than a month now, and I wanted to take the chance to compare it to the Macbook Air and the Microsoft Surface Pro 3. I’ve used all three devices extensively as a blogger, photographer, and mom. 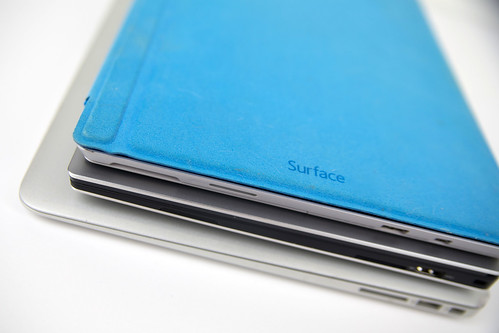 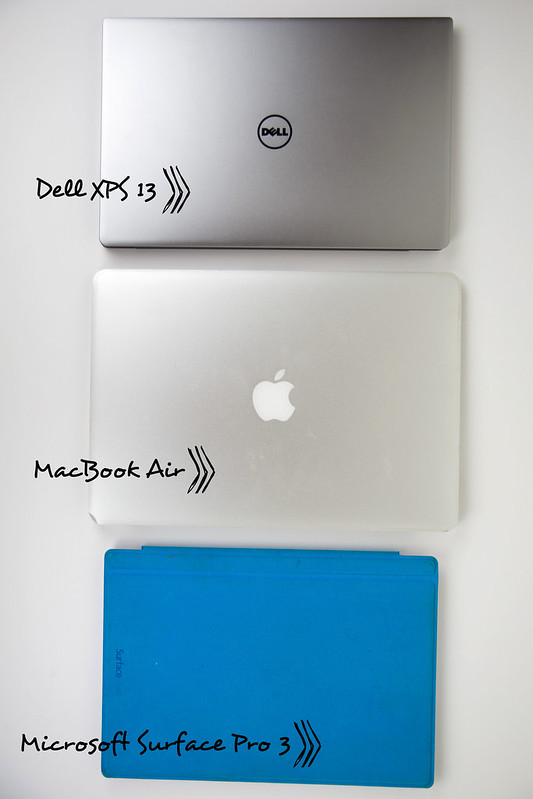 Here are my initial thoughts on the Dell XPS 13. It’s a pretty great computer, and I think you’ll be surprised to learn that I’ve adopted it as my go-to tech. That’s saying a lot, since I’ve been an exclusive Mac user for the last five years. 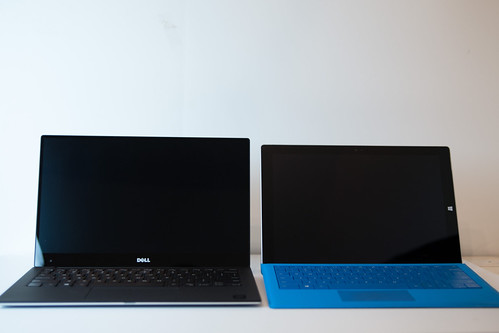 When I received the Microsoft Surface Pro 3 last year, it quickly became my new favorite toy. It’s lightweight, easy-to-use, and a blogger’s dream for travel. It’s got a touchscreen that’s comparable to the Dell XPS 13. But the Dell wins hands-down in storage and processing power.

That is my biggest complaint about the Surface Pro 3 — there just isn’t enough storage space for someone like me who takes photos on a daily basis.

The Dell XPS 13 boots lightning quick, thanks to an Intel 5th gen core processor, whereas the Surface often takes a while to start up. Many times it has updates to install, which prolongs this process.

The two devices are comparable on weight, at least in my untrained hands. I do like that the Surface Pro 3 has the ability to become a tablet for those times when you’re traveling with little ones. 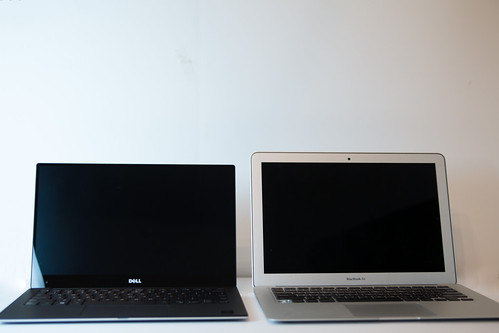 The biggest difference between the MacBook Air and the Dell XPS 13 for me is the size. My 13-inch MacBook is a couple of inches bigger than the Dell XPS 13, but the screens are the same size. That’s because Dell fit a 13-inch screen on an 11-inch laptop — and you can tell the difference.

The Dell is much lighter than my MacBook Air, but surprisingly feels more sturdy. That’s likely due to the Corning® Gorilla Glass NBT™ on the QHD + display and aluminum display back on the Dell XPS 13.

The display of the Dell XPS 13 is much more vibrant than my MacBook Air. It’s world’s first laptop with an infinity display, the Quad HD+ display has 5.7 million pixels. And, of course, the MacBook Air does not have a touchscreen. You might not think that is was a big deal, but once you get used to a touchscreen, it’s hard to go back. 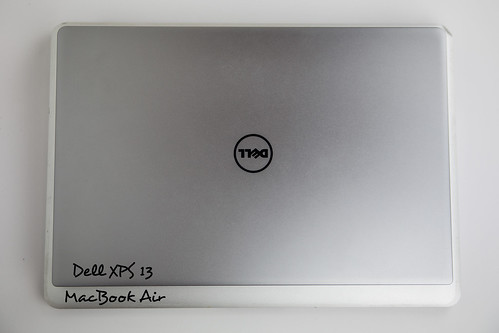 I’ve traveled with both, and the few extra pounds of the MacBook definitely start to weigh on you. And do you see the dent in the aluminum body of my MacBook? As I mentioned before, my toddler actually dropped my XPS and there isn’t a scratch on it.

All in all, I’ve set aside my MacBook Air and Surface Pro 3 in exchange for the lighter, faster, more powerful Dell XPS 13.

The Dell XPS 13 is available for purchase from Dell and Microsoft.